Limor® has developed a diverse portfolio and has participated since 1998 in the market for foot-and-mouth (FMD) vaccine with its own Aftolimor® vaccine. The commitment of Limor® to investigation and research has allowed the company to develop new vaccines among which two stand out. Anabasan®, a trivalent vaccine against "bovine sadness" (Anaplasma Marginale, Babesia Bovis and Babesia Bigémina) and Go-Tick® (Also branded Tick-Vac®) vaccine against the southern cattle tick (Rhipicephalus microplus formerly Boophillus microplus), the latter patented or in the process of being patented in several countries. Due to the priority dedicated to the development of new products for the advancement of the agricultural and livestock sector in 2002, Limor de Colombia® was awarded the Portfolio Award in the Technological Innovation category.


In 2007, a new biosafety laboratory was inaugurated in line with the new international requirements of the International Office of Epizootics (OIE), Level BS3A according to the Pan American Health Organization (PAHO), the Pan American Foot-and-Mouth Disease Center (PANAFTOSA), The South American Biosafety Commission and endorsed in Colombia by the Colombian Agricultural and Livestock Institute (ICA). In addition to meeting the highest level of biosafety applicable worldwide in the industry, the new laboratory significantly increased production capacity and versatility of installed capacity, which will allow the diversification of the business portfolio with new lines of veterinary vaccines, both for cattle as well as for other species (canines, poultry, pigs, etc.). This biosafety laboratory was accredited in Good Manufacturing Practices (GMP) and ISO - 9001 by Direct Assembly Services (DAS) of the United Kingdom and First Certification Reliance (FCR) of Uruguay. Currently, biosecurity and free-zone facilities are producing Aftolimor® and other vaccines such as Go-Tick® and Anabasan® mentioned before. Due to the company's commitment in producing safe and reliable animal health products, at December of 2018 Limor® has accumulated sales of approximately 300 million doses, of which approximately 100 million have been exported to the markets of Venezuela, Uruguay, Ecuador and Peru. With the support of private equity fund BIOAVANTE of Fiduciaria de Occidente, production projects of FMD vaccine as well as new biotechnology projects can easily be financed. 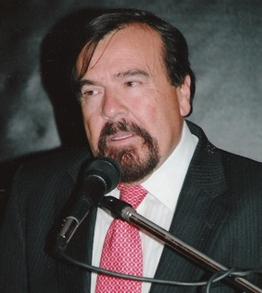 The history of Limor® began in 1966 when the company LIBARDO MOJICA & Cia Ltda was founded as a local distributor of important transnational companies in the agricultural and livestock sector. Brands such as Rohm & Haas, Dow Chemical Company and Rhône-Poulenc, among others, were effectively represented for more than 25 years in the Colombian departments of Santander, Norte de Santander, Cesar and Arauca by this company. In 1983 the business began a process of vertical integration with a registration plan aimed towards production of own brand fertilizers and pest control products. In order to complete this strategy in 1991 More Química de Colombia® was created, a company with a facility dedicated to the production of chemical agricultural supplies, both own brand as well as third party brand under the modality of maquila. Seeing a great opportunity in the veterinary biologics market in 1994, Limor® was established. This company’s main activity is the research, development and production of veterinary vaccines.